Why Meeples for Change ? 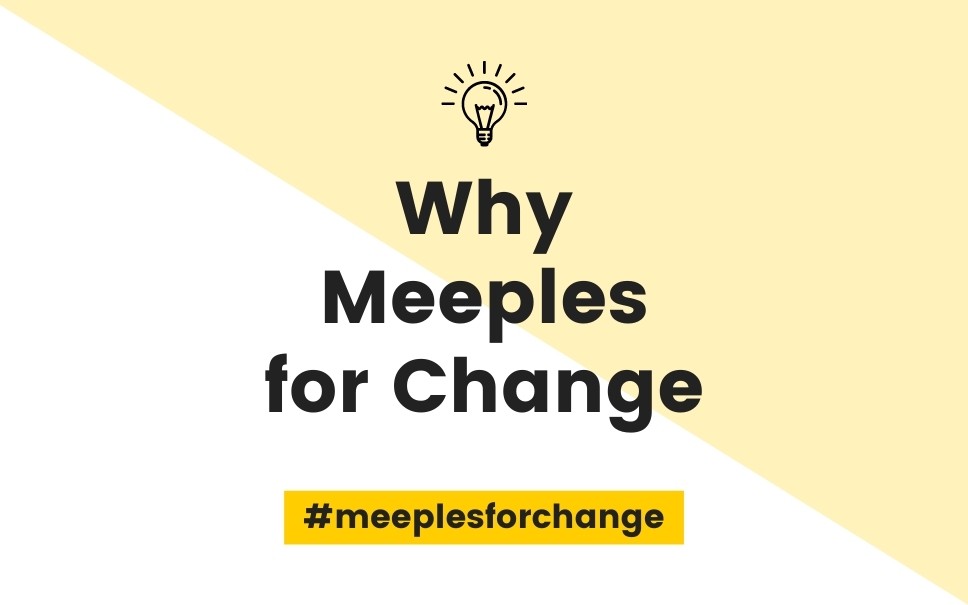 The year 2020 will probably be remembered as the year when we were all confined during the COVID-19 pandemic and, of course, without forgetting the forest fires in Australia and the terrible explosion at the port of Beirut. But this year will also be marked by great social uprisings such as Black Lives Matter, Free Hong Kong, and the on-going #MeToo movement.

Since the 2010s, the tabletop game industry has experienced considerable growth. In 2019, Bloomberg estimated the potential growth of the market to $21.56 billion by 2025. That was even before the pandemic, a period in which people were desperately searching for new activities at home. In 2018, $165 million were raised on board game projects on Kickstarter only. The demand is high, and the offer is no less with 2500 new releases in 2019, according to BoardGameGeek, a popular exchange platform among gamers.

Nevertheless, we still don’t see enough representations of people of color, LGBTQ+ members, or people with disabilities in games. And there is still little diversity in conventions and other events.

Numerous studies carried out by bloggers show how much stereotypes are still abundant and how diversity is low. To illustrate this, Tanya Pobuda conducted an analysis showing that in 2018 only 4% of the creators of the top 200 of BoardGameGeek were people of color (no woman of color were part of it). Another interesting fact is that there were more animals and aliens than women on the cover of the top 100 board games at the time of the study.

This lack of representation is not limited to the games themselves but is also reflected in the community of gamers and designers. This problem contributes to making the world of board games an environment exclusive to a group of individuals today. In this sense, Mik and Starla, from the Youtube channel “Our Family Play Games”, describe how being “different” at conventions can create feelings of discomfort and stress.

An example often cited to illustrate the state of this industry is the game “One Deck Dungeon” whose creators have decided to position themselves by including only female characters to support the representation of women in games. Here are some reactions to the initiative you may find on the internet:

The use of expressions like “wife-friendly games” (which is the same as stating board games are for men only) reinforces the creation of invisible barriers.

These observations demonstrate the urgency of changing how things work in the tabletop games industry. With a strong desire to act instead of waiting for it to happen, we decided to found a new organization that would advocate for inclusion in the tabletop game industry. Meeples for Change aims to promote the need for inclusiveness by raising awareness among all industry players. We want to defend the interests of all internationally and holistically.

It is high time that our passion also reflects the society to which we aspire. In this matter, representation plays a significant role.